Ekaterina Morozova at the Sydney Opera 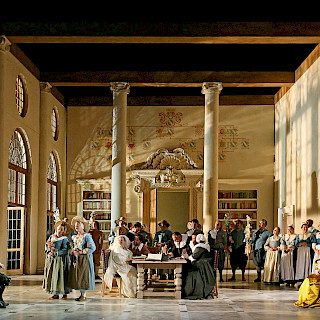 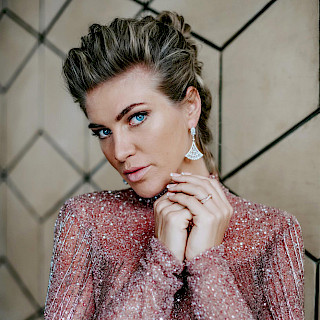 Despite the scale of distribution of Omicron in the country, Opera Australia continues its work. In Sydney, the operas La Boheme and Turandot will be shown at the Opera House in January. And from January 27 to February 18, Sydney residents will be able to listen to Mozart's famous opera The Marriage of Figaro. One of the main roles is performed by our Russian singer, soloist of the Bolshoi Theater, Ekaterina Morozova.

Before the start of the performances, the editor of Edinenie talked with Еkaterina about how rehearsals are going in Sydney under COVID conditions, which country is preparing the best opera singers, about the rivalry between the Mariinsky and the Bolshoi theaters.
— Katya, good afternoon. How are the rehearsals going in Sydney, have you performed in Australia before?
— No, this is my first visit to your country. This was my longest flight anywhere from Russia. To the east, before the farthest point was China, where I gave a concert. I have now flown to Sydney to sing one of my favorite roles, the Countess in The Marriage of Figaro. I want to say thank you to my agent Alan Green who invited me to perform here. Everything went well. The Bolshoi Theater let me go for this time, and here I am.

—Now we will keep our fingers crossed so that COVID does not interfere with our plans. We hope your luck will not leave you. The Marriage of Figaro is one of the most popular operas, cheerful, optimistic, just what is needed to cheer up the Sydney people after the quarantines and other troubles of the pandemic.
— Yes, this is such an opera buff, as I would call it, and at the same time lyrical. From Mozart I also sing Cosi fan tutte and Don Giovanni.

— Have you already performed this role of the countess?
— Yes, I sang it at our Bolshoi Theater at the premiere in 2015, just at the same time this opera was premiered at the Sydney Theater.

— A couple of years ago in Sydney this role was also played by a Russian singer, Ekaterina Sadovnikova.
— We studied together at the conservatory in St. Petersburg, she was in her senior year.

— Artists from different countries sing along with you in the opera. So, Figaro is an Italian Tomasso Barea.
— Yes, he is a relatively young singer, and the role of the Count is played by another Italian, already known in the opera world, Mario Cassi. Great artists, they have very pleasant voices.

— Now you are a singer of the Bolshoi Theater, but where did you start and study?
— You can say my career started early. Even in preschool age, when I was taken to the choir, the teacher told my mother that I stood out with an "adult" voice. At school, the music teacher also noted that I have a "classical operatic voice", it needs to be developed, and that "I have a great future." My family is not musical, nobody took it seriously. But in the third grade, I nevertheless began to go to a music school and later entered the Shebalin music colledge in Omsk. After graduating from college in 2006, I told my parents that I would go to enroll in St. Petersburg. At that time, and I think also now it is the strongest vocal school in Russia. I passed a huge competition, only 12 people were accepted for budget places, and then I studied at the conservatory for five years. Petersburg humid climate was not very suitable for me, I was often sick. After graduation, I dreamed of getting into the youth program of the Bolshoi Theater. But somehow I didn't succeed, I reached the third round and that's it. Then I entered graduate school, and my teacher Evgenia Stanislavovna Gorokhovskaya, a famous opera singer of the 20th century, advised me to contact Larisa Gergieva, the sister of the famous conductor, who had a youth program at the Mariinsky Theater. There were a lot of people who wanted to, and I thought, what should I do to be noticed? It turned out that Gergieva was on the jury at the Shebalin competition in my native Omsk. I went and performed there successfully. After that, she began to take me to all concerts and performances, in Russia and abroad. In 2014, I received a call from the Bolshoi Theater and offered a contract to perform in the opera Cosi fan tutte. When the contract ended, I was invited to a permanent job. Of course, there were difficulties, since no one leaves the Mariinsky Theater just like that. There was such a case. At this time, I was supposed to perform at the important competition named after Miriam Helin in Helsinki. I will perform in a couple of days, and my accompanist from the Mariinsky says that he will not come. I had to urgently find a Finnish pianist and rehearse, which did not prevent me from winning the second prize there. So, with a victory, I came to the Bolshoi Theater.

— So the dispute, who is the first, the Bolshoi and the Mariinsky continues?
— I cannot say that this is a dispute, but when the Mariinsky learned about the Bolshoi's plans to stage Weinberg's opera The Idiot, they rushed to be the first to urgently release the opera at home. The Bolshoi Theater staged the opera six months later, I sang the role of Nastasya Filippovna (first to sing this role at the Bolshoi Theater). I also sang the role of Iolanta in the opera of the same name. In Strasbourg, and then at home on the classical stage, I sang the role of Tatiana in Eugene Onegin. One of my favorite roles is Dvořák's The Mermaid. Excellent music and opera is staged in an interesting way. Last summer I had an interesting experience, I was put on the baroque part of Dalinda in Handel's opera Ariodant. It took a lot of work to make it perfectly done.

— How popular is opera in Russia now?
— We have full halls of spectators! Covid restrictions are currently being followed, but all tickets are sold out.

— Russia is always rich in opera talents. Can you compare with Italians?
— If you look at all the most famous world performances, then you will see Anna Netrebko, Ildar Abdrazakov, and Ekaterina Semenchuk there. In terms of singers, I think Russia is the first in the world. This is both nature - the timbres of voices, but also a wonderful opera school.

— How did Opera Australia meet you, how is it rehearsing in the current conditions?
— Opera Australia has a very good organization, people who are responsible for rehearsals, for drawing up a plan work very well, we have very good colleagues. All at the highest level. Every morning we have to do a Covid test and only after that we go to work. The tests are done regularly by everyone in the theater, all employees, singers. Everyone must submit test results before entering the theater. All work in masks, but nevertheless, we work, we rehearse.

— Did you manage to see Sydney?
— Yes, I really like to walk around the city. The weather is not very hot, quite suitable for walking, though I would like to go to the beach...

— Ahead of you are three weeks of performances in Sydney, what will happen next?
— I am returning to the Bolshoi to my permanent repertoire. And since I have a family and a small child in Moscow, I try not to leave for a long time, well, only once or twice a year. There are also plans to switch to a more dramatic repertoire. I want to start fulfilling my dream - to see Verdi, I still work with a teacher (she leads me from St. Petersburg) due to the distance - online.

A detailed schedule of Ekaterina Morozova's performances can be found at Opera Australia opera.org.au/productions/the-marriage-of-figaro-sydney/

And here you can listen to the performance of Ekaterina Morozova