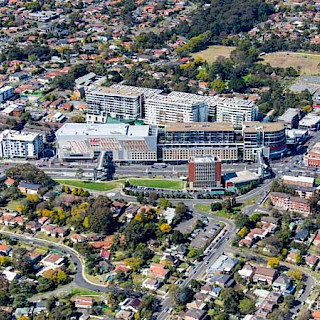 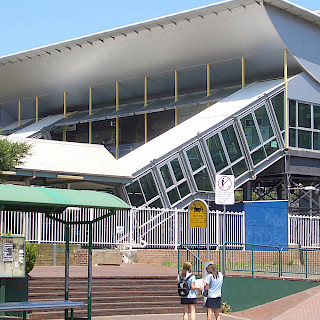 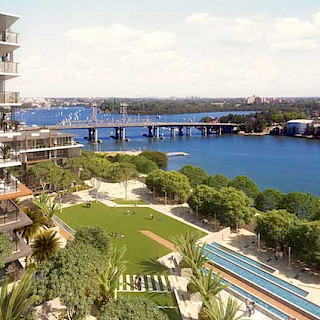 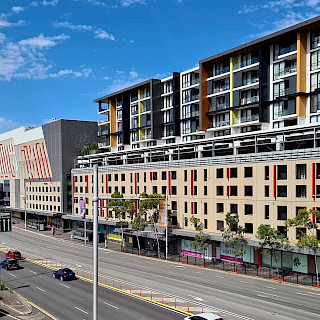 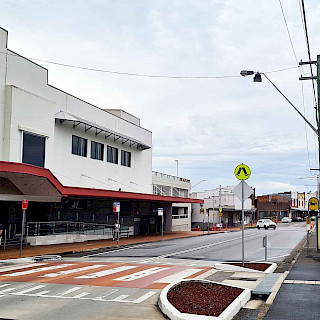 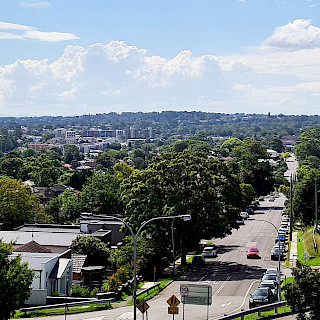 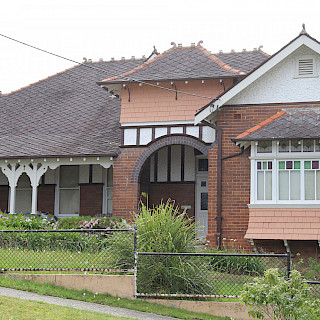 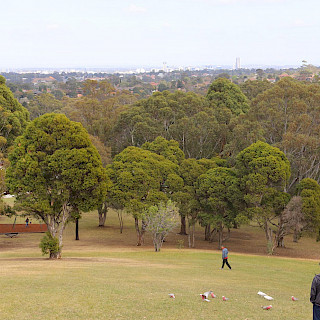 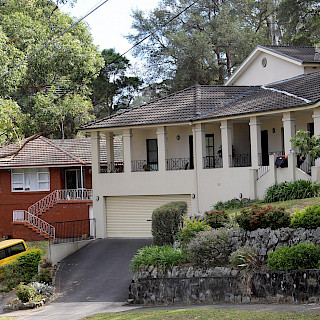 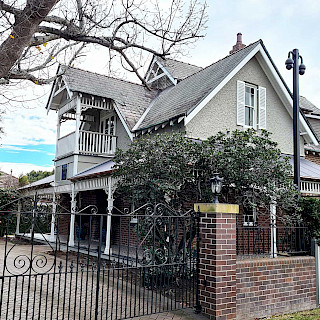 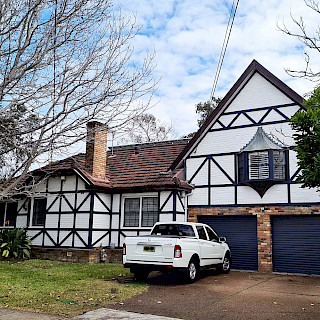 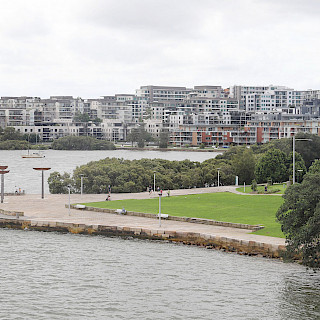 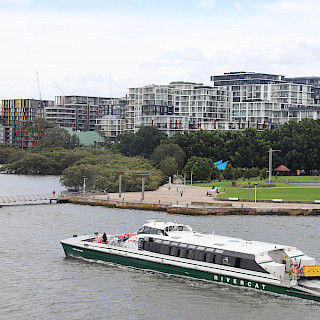 Recently, the Sydney municipality of Ryde elected a new mayor, 27-year-old Jordan Lane, the youngest since the existence of this administrative area. The area is old and at the same time young, which has greatly updated its appearance over the past decade. The local council used to have the advertising slogan For the Ryde of your life, which can be read as "For the ride of your life" by replacing the name of the Ryde with the similar sounding and spelling word. So I have been riding along the road of my life in this area for more than 15 years.

Ryde is located 12-15 km from the central area of ​​​​Sydney and can be reached here by ferry on the river, by car or bus along the Victoria Road, or by city train.
Indigenous tribes have lived here since ancient times. After the British colonists arrived in Port Jackson in 1788, they first came to these places by boat and named the area Wallumetta, after the local aboriginal people. It was later named Kissing Point. The name came not from the "place of sighs and kisses", but from the sandy spit, which the boats passing by clung to.

The first grants for land in these places were issued already in 1792, they were sailors who came on British ships, and some of the convicts who had been released by that time. The area soon had the largest concentration of settlers in the colony. They supplied fresh food including fruits, vegetables, poultry, corn and pork to Sydney's markets.

The former prisoner James Squire, who had considerable entrepreneurial abilities, also settled here. He was the first to grow hops along the Parramatta River and began to produce local beer, which still bears his name and is popular in Sydney. The business turned out to be profitable, and the brewer was soon able to buy up large areas of land along the river in the area of ​​Tennyson Point and Putney. He was associated with an aboriginal named Bennelong, who left his name on city maps today. During the time of the first Governor Phillip, this native learned English and became a link between the colonists and the local population. The governor even took him to London to present him to the royal court. After returning home, Bennelong settled among the natives and died in 1813. Bennelong is buried in the places we are talking about. The cape in Sydney, where the Opera House is located, is named after him, and the newest and most modern area of ​​​​the city of Barangaroo was named after his wife.

The names of some former convicts also remained on the map of the district. So, John Small, after his release, changed the clothes of a prisoner to the uniform of a constable and earned 30 hectares of land in the area, James Shepherd owned a large plot of land in the Meadowbank area.

And where did the current name of the Ryde area come from and when? From where it is clear. Like many names on the map of Sydney, they moved to us from the metropolis. The city of Ryde is located on the British island of Isle of Wight. Some historians claim that it was the hometown of the wife of the first priest of the Anglican Church of St. Anne in the Kissing Point area. Others believe that the name comes from the Ryde Store, the owner of which was also from the same distant island off the coast of Britain. It is only clear that in 1840 the first written mention of the Ryde area appeared.
Also, today's residents of the area will be familiar with the names of landowners in these places - Blaxland, Balmain, Darvall.

In the late 19th century, the area began to develop rapidly, in the 1880s a railway line was opened from Strathfield to Hornsby, passing through West Ryde. In 1910, a tram line from the city center reached Ryde. Entrepreneur Harry Curzon Smith decided to make Ryde a center of tourism by building a large tourist center, Hampton Court. Unfortunately, he died earlier, the unfinished building was destroyed, but near its place was built in 1957, the first in the Southern Hemisphere, an American-style shopping center with parking space for 400 cars. It served for 50 years, after which, in recent years, a modern Top Ryde shopping center was built in its place.

For the 2000 Olympics, a modern Aquatic Leisure Center was built in the area. The city council of the administrative division City of Ryde, which includes 20 surrounding suburbs, was located in a multi-story building built in 1964. It was demolished a couple of years ago and now they are starting to build a new modern building. In general, in the municipality of Ryde, where, according to the 2016 census, there were 116 thousand inhabitants, half of the population live in apartments or townhouses, the second half in private houses. Over the past five years, a huge number of new high-rise residential buildings have been built in the Ryde and North Ryde, Meadowbank and Macquarie Park areas. So the number of people living in apartments, among which there are many young people who do not want to spend time and energy cutting grass on the site, will apparently exceed 50% according to the results of the new census.

New high-rise buildings are gradually appearing in all parts of the district, pushing the outskirts of the old comfortable private houses. Fortunately, this process is not so fast and the old Ride has not lost its historical roots. Old manor houses have been preserved in the area, reminiscent of the rich and long history of the city: The Hermitage (Pennant Ave, Denistone), Brush Farm (Marsden Rd, Eastwood), Willandra and the Police Building (Victoria Rd, Ryde), the building of the water pumping station Water board (West Ryde), Curzon Hall (Marsfield) .

I have yet to mention the many bush areas, park and sport facilities and by the river. Actually, the old streets are all buried in the greenery of trees, this is the advantage of the long-settled areas. And the combination of old and new just makes our Ryde a delightful place to take the "ride of our lives."