Holidays in the North of NSW, or Visiting the Grandpa of Poet Byron 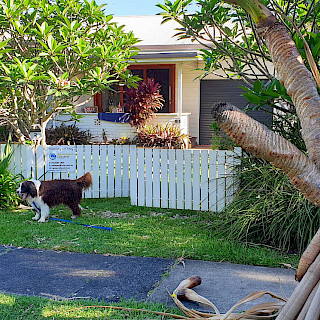 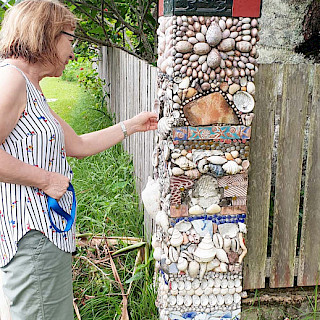 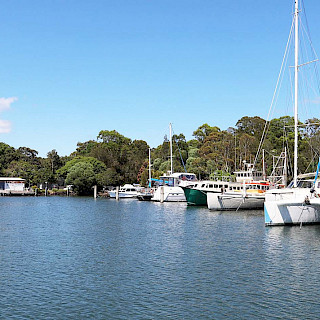 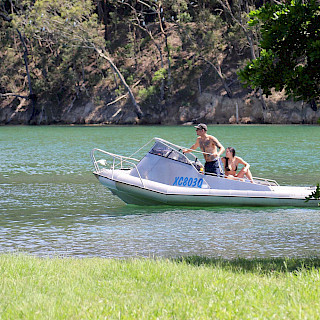 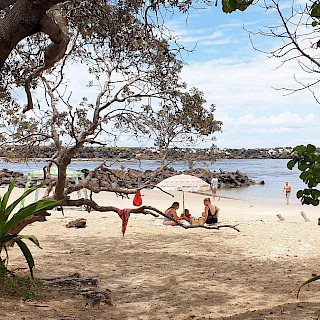 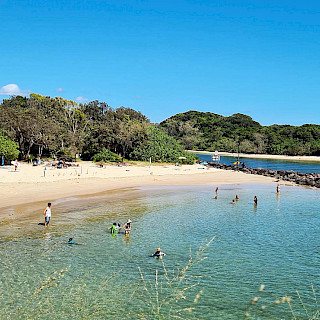 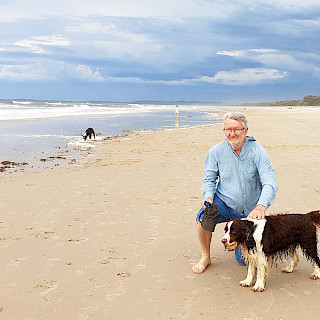 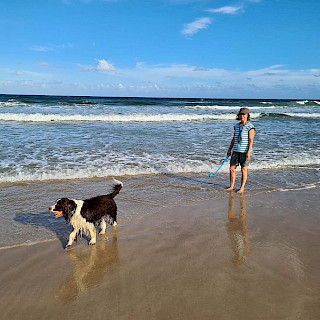 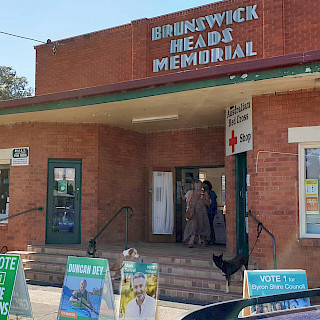 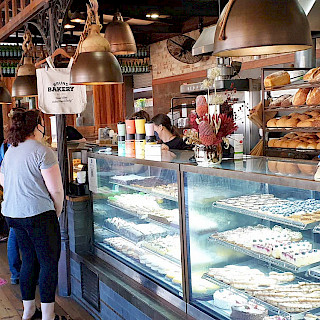 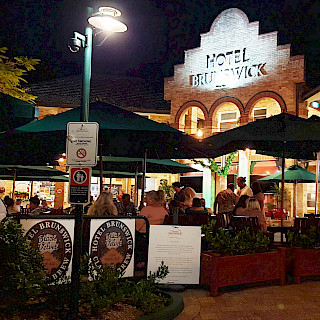 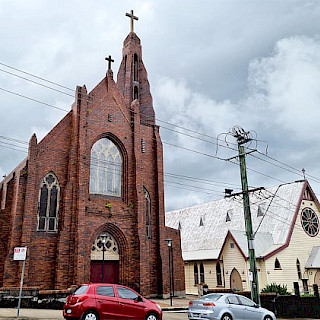 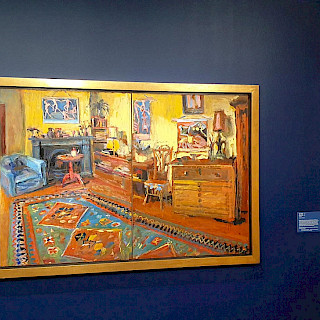 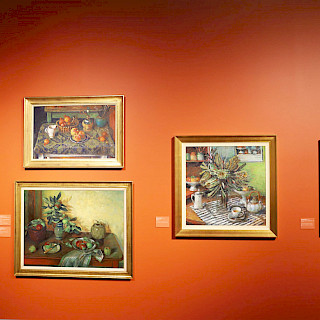 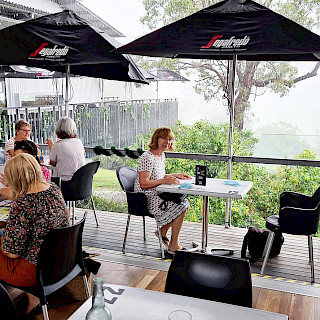 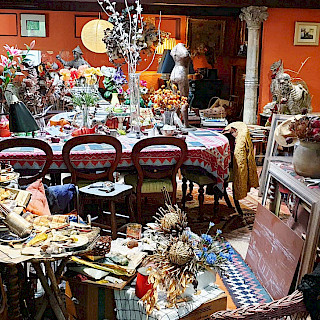 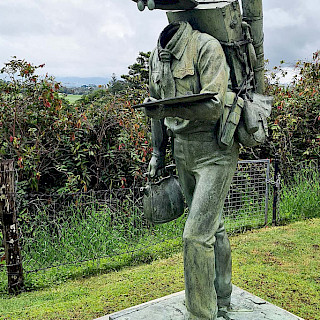 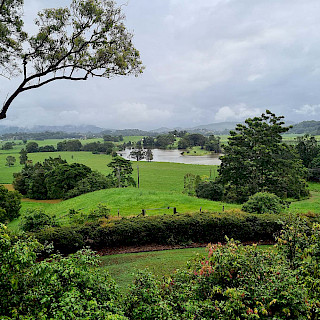 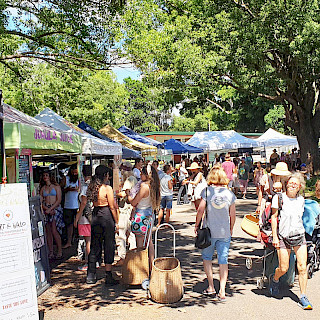 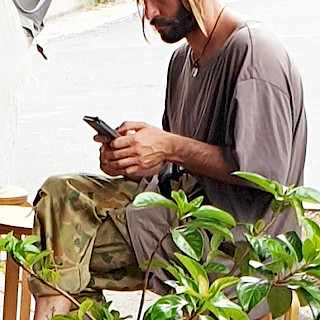 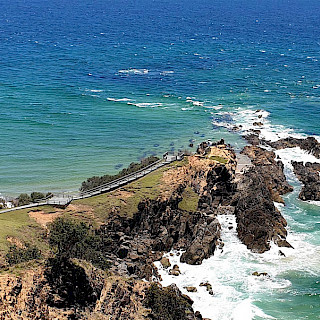 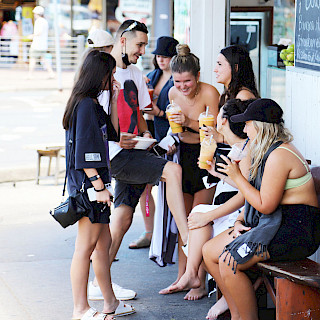 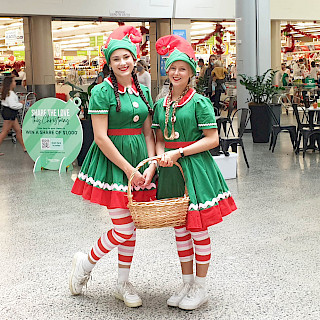 Byron Bay, located in the Australian state of NSW, 750 kilometers north of Sydney and 160 kilometers south of Brisbane, is probably known to all Australians.

In the 60s of the last century, these places were mastered by fans of the big wave - surfers, and in the 70s, supporters of a "happy" lifestyle - hippies - flocked here, to warm lands. The stream became especially noticeable after the student alternative festival Aquarius in the town of Nimbin in 1973.

Since the 80s, these places began to attract the attention of wealthier people - doctors, lawyers, and behind them famous singers, film actors began to buy holiday homes here, among them Olivia Newton-John, Chris Hemsworth, Matt Damon and others. These place was even called Little Hollywood. House prices rose astronomically here, which did not greatly hinder the lovers of a "happy life", they continued to live in mobile homes, caravans, minibuses, staying on the coastline and getting million dollars ocean views for free.

However, the history of these places goes back to more distant years, the tribes of the aboriginal lived here for at least 22 thousand years. In 1770, Captain James Cook, sailing along the east coast he discovered, anchored in these places under the cover of a protruding rocky promontory - the easternmost part of the Australian mainland. Cook named this cape after the famous navigator John Byron, by the way, the grandfather of the poet George Byron, who will be born 18 years after these events.
In these places, almost visiting grandfather Byron, we were to spend two weeks of summer vacation. For three with our spaniel Timka, we rented, with a help of Rosetta from North Coast Lifestile, a house in the village of Brunswick Heads, with a population of one and a half thousand people.

We liked this place right away. It won with its rural provinciality in comparison with neighboring Byron Bay. Agree, coming on vacation from Sydney, with population of 5 millions, the last thing you want to see is a series of expensive stylish shops with the inability to find a place for a car, even in paid parking lots.

Everything was different in our town. There are no paid parking lots yet, although the new local council, which was elected during our vacation, has already responded with a proposal to think about it.
A dozen restaurants and cafes, an IGA grocery supermarket, a bowling club where we were recommended to dine in and, of course, beaches to choose from - ocean, dogs and for children and retirees, without the waves that was located at the confluence of the Brunswick River.

However, the first impression of our town was not entirely expected. We arrived Friday night and soon headed out to the ocean. With difficulty we found a place for the car and heard the rhythmic beat of drums. On the lawn near the beach, dozens of people comfortably settled down and listened to the improvised musicians who beat the rhythm of the "happy life". It seemed to us that a specific smoke from cigarettes with weed was spreading over the lawn, but I can’t say for sure, we didn’t linger, we wanted to go to the beach, especially our waterfowl dog.
When we went through the weekend, the town turned into a quiet and cozy place again, and we entered our vacation schedule - in the morning and after lunch we went to the beach (by the way, the water was really warm, 24-25 degrees, an unattainable dream of Sydney people), then the evening walk along the ocean on a doggy beach. And in between - trips to nearby places or just reading exciting detective stories. A real vacation!
What did we manage to see around? Of course I had to visit Byron Bay. What for? We didn’t quite imagine that. But it's only 15 minutes by car. We walked around the city, went to the beach, then went to the lighthouse - one of the best places for us. Now an aunt walks there in a service gown and collects $ 8 for entry. The heirs of Ostap Bender, with his famous "fee for a view to the Gap", feel good in this part of the world as well. I even thought, maybe Ostap instead of Rio de Janeiro waved to Australia, or straight to Byron Bay? But the view from the top is really beautiful, and still the most eastern point of the continent ...
In addition to Byron Bay and our town, the Byron municipality also includes Mullumbimbi, or Mulum, as it is called by the locals and the Ocean Shores neighboring to Brunswick.

Mullumbimbi, which I've only heard of as the birthplace of Dustyesky, an Australian choir performing Russian songs. The town turned out to be bigger than I thought, bore the imprint of a happy generation of hippies, and even was the seat of the district council. As I said, during our vacation there were elections, and the lawyer and In addition to Byron Bay and our town, the Byron municipality also includes Mullumbimbi, or Mulum, as it is called by the locals and the Ocean Shores neighboring to Brunswick.

Mullumbimbi, which I've only heard of as the birthplace of Dustyesky, an Australian choir performing Russian songs. The town turned out to be bigger than I thought, bore the imprint of a happy generation of hippies, and even was the seat of the district council. As I said, during our vacation there were elections, and the lawyer and Dustyesky choir presenter Mark Swivel was a contender to the post of mayor. He rode around the neighborhood on a motorcycle with a sidecar, which reminded about a lot for many older Russians, and successfully conversed with residents. As a result, out of 9 candidates for the position of mayor, Mark came second, leaving the incumbent mayor just a bit ahead, but was elected to the district council. I congratulated Mark and hoped that the new appointment would not interfere with the resumption of Dustyesky's performances and his next gig in Sydney. Let me remind you that in May of this year the choir performed in a crowded hall of the Sydney Opera House, earning deafening long applause and pleasant reviews in the local press, especially the Russian-language! Mark asked in Russian to convey to the readers of "Unification" "Davay, privet!" He added in English that the choir has suspended its rehearsals due to the quarantine, but he believes that in the new year the situation with the virus will become more optimistic and Dustyesky will still perform in front of Russian residents.

We also visited outside the Byron area, in the town of Murwillumbah, where we saw an exhibition of the famous Australian artist Margaret Olley, a master of still life. As a child, she lived in these places and later, having become famous, worked in Sydney. When she died in 2011, the Murwillumbah Museum and Art Gallery acquired some of her work and 20,000 items from her last home in Paddington. And with love, they created a permanent exhibition that gives an idea of ​​her home and work. From time to time, her paintings from other museums and also exhibitions of other authors are exhibited here. Lunch at the gallery café turned out to be a perfect end to our trip. We were sitting at a huge balcony, from which an amazingly beautiful view of the Tweed River valley opened. The green grass has been thoroughly washed by the powerful and short summer rain. It is interesting that at the next table, while waiting for food, several local artists painted these beautiful views outside.

Continuing the food theme and returning to our small Brunswick Heads, in the evenings we went to dinner at the local bowling club restaurant, which was 10 minutes away from us, and were amazed at the delicious creamed mussels prepared by the local chef. Next time the mussels were served in tomato sauce. We tried something else, but the taste of mussel dishes in a quiet and cozy town will stay with us as one of the highlights of our vacation in the north of our state.
Vladimir KOUZMIN , Sydney