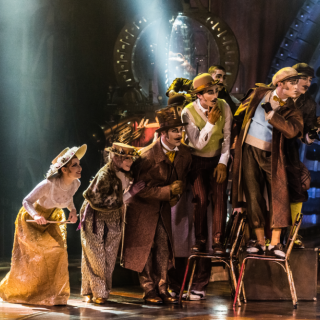 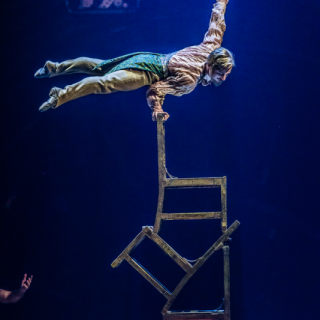 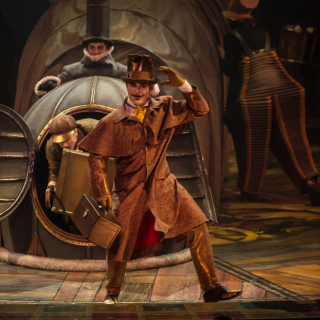 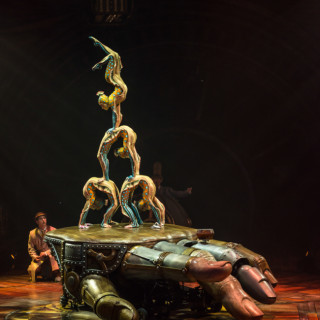 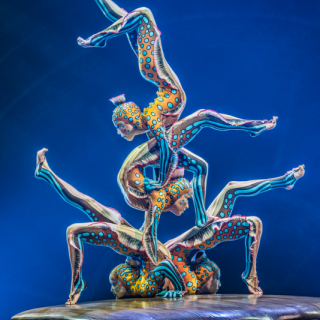 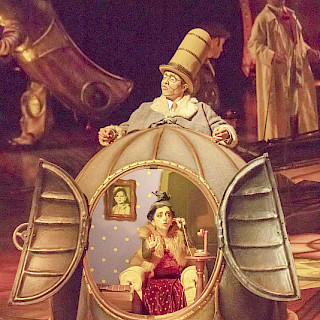 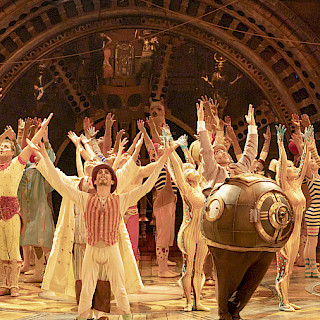 The famous Cirque Du Soleil brings its next show, Kurios, to Australia. The premiere of this program took place in Montreal in 2014 and since then it has been watched by residents of Canada, many cities of the USA, Japan, Singapore. The unifying theme is the dream of a professor falling into parallel reality. A show with a dozen different acrobatic, gymnastic unique acts, filled with amazing tricks, lasts two hours, and only two minutes pass on the professor’s watch. Also, time flies quickly for the audience, captured by a fascinating circus performance.

Now, circus tents and all 2000-ton equipment are loaded in Singapore on a ship that goes to the shores of the fifth continent. Soon, the Cirque Du Soleil tour begins here. In Sydney, the Kurios circus show can be watched from October 2, then a couple of months later — a new move to Brisbane, where the performances will begin from the beginning of January, another 2 months later, from March 12, in Melbourne, from May 2 in Adelaide and later in Perth.

In 1984, Cirque du Soleil created two street circus artists in Montreal, Canada, whose idea of circus performance as a single show, connected by a common theme, with music, singing, and amazing costumes conquered the world. To date, more than 30 different programs have been created, which were watched by more than 160 million viewers, and which featured 1,500 artists from 40 countries.

It should be noted that in almost all Cirque du Soleil programs, circus artists speaking Russian speak. The Kurios show, however, is special; more than half of the Russian-speaking participants in it are from Russia, Ukraine, and Kazakhstan. Soviet schools of circus skills and gymnastics were among the best in the world. One of the creators of this show and more than 15 du Soleil programs Boris Verkhovsky previously participated in the Russian national acrobatics team. In 1978 he emigrated to Canada and has been collaborating with Cirque du Soleil for over 20 years.
The editor of Unification talked with one of the Contortion acrobatic participants Imina Tsydendambaeva, who has been performing at Cirque du Soleil since 2010 and from the Kurios show since its inception. Imina studied circus skills in Buryatia, where the foundations of the act was created, in which 4 artists take part. Later, Imina and her colleagues won international competitions and performed in the circus of Buryatia. And for almost 10 years he has been performing at the Cirque du Soleil.

— My first performances at Cirque du Soleil were first on Broadway in the Banana Shpeel program, then for 2 years I performed in Los Angeles on the IRIS show. And after that I switched to Kurios. The concept of the act that we carry out with colleagues is technically about the same, but the artistic setting, costumes, makeup and so on are changing.
I began my training at the circus school of the studio in Ulan Uda, where I studied from 7 years old for 4 years. We had a coach from Mongolia. After graduation, I worked in our circus in Buryatia for about 10 years.
Creating an act is a long-term preparation; I have been working with it for more than 20 years. It is important and body plasticity and willpower, and constant training. It has everything — beauty, grace, artistry, the most complicated acrobatic tricks. He is considered one of the best in the world in his Contortion Act category. And although the basics of our issue go back to that period, of course, every year we improve and change it in many ways. We are changing, our choreographic and artistic activities are developing, new pyramids and other acrobatic elements appear.

— Tell us about your costumes.
— The costumes are wonderful, with a marine theme, blue, orange and brown colors, brightly painted, with one drawing in front, and when we turn around — the drawing is completely different. A bright make-up is applied to the whole face. We make our make-up ourselves, we help each other, but we were taught this during the preparation of the show in Montreal, where the base du Soleil is located. There are people there who make these shows. When we were preparing this show, we spent 7 months in Montreal, worked with the director, choreographer, make-up artists and so on. When the show was ready, its premiere took place there, in Montreal. And then we performed for 4 years in the cities of the USA and Canada. We are the only group in the world to perform with this show. 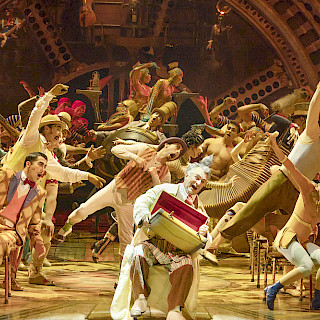 It is very beautiful and interesting, I am sure you have not seen this before.

— After performing in North America, the show has recently been shown in Asia. How many performances do you usually have in a month?
— Yes, a year and a half we performed in Japan in several cities, and two months in Singapore. Now we are preparing with great interest for a 10-month tour in Austria. We have a very busy schedule. We give 9 performances a week, which means that we perform about 35–36 times a month. On Friday, Saturday and Sunday — two performances, on weekdays — one evening show, and on Monday we have a day off.

— You have a lot of Russian speakers in the team.
— Yes, about 60% of Russian speakers. The team is very friendly, we communicate with Russian guys, of course, in Russian, and with other artists and the administration — in English. Two languages in our team.

— Circus artists have a difficult life, moving all the time. Where do you live during your performances?
— Management takes care of us, in every city, in every country, we live in apartments, with a kitchen, with all amenities, so that we feel comfortable. For work and after work we are provided with a bus. Also, much attention is paid to the safety of our work, management provides insurance. I believe that Cirque du Soleil is one of the best circus companies in the world.

— What acts of the show do you especially like, and start with yours.
— When we appear on stage on a huge «mechanical arm», the viewer at first does not even understand what is happening. We lie on the «hand», tangled like snakes. And all the movements we have are like sea snakes or eels. Acrobatic stunts are very artistic and complex. All six minutes of the performance take place at a busy pace. It is very beautiful and interesting, I am sure you have not seen this before.
Andrey Bondarenko performs a complicated acrobatic number on chairs. Interestingly, another artist performs similar tricks, going down from above, it looks like a mirror image. Also very interesting is the final acrobatic number, in which people perform 15. The artists very energetically throw each other up, doing two or three somersaults. It is both scary and exciting.

— How do viewers accept the show, is the audience different in Japan and America?
— The audience greeted the show very warmly, but, of course, the external manifestations in different countries are different. In Japan, people are more modest, outwardly restrained, it’s not customary to scream, clap loudly, as it happens in America, they try not to disturb us, they don’t take pictures during the performance, they are very respectful to the artists. But after the show, they always waited for us with flowers. Even when we moved to Singapore, we continued to receive gifts from our Japanese viewers.

— Let’s hope that Australian viewers will also meet you with respect and warmth!
— We are very happy to be in Australia. I have never been here and dream of seeing Sydney and other cities. Learn more about the culture and life of people.
I want to invite all readers of your newspaper and, of course, all Australians to our Kurios show. Come, you will not regret it, so much effort and talent of its directors and artists has been invested in its creation that the result is interesting and exciting.